Do you know Robin Williams?

When I heard that he died the other day, I couldn't believe
it. He was only 63 years old and needed as a model for a
new generation of stand-up comedians.

The one of the movies I like is "Mrs. Doubtfire."
Daniel, starring Robin Williams, is a voice actor who is
recently unemployed. His wife, Miranda considers him
irresponsible and immature, and their marriage is on
the rocks. He tries to be a pleasant and kind elderly
Scottish nanny who is called "Mrs. Doubtfire" to
stop their divorce. He uses his voice acting skills, and
his gay brother helps him to be Mrs. Doubtfire in perfect.

As time goes on, his wife and their three kids come to
love her. She makes herself an indispensable part of the
family…

I will stop the story here, and if you are interested,
I want you to watch it! You will see how he is talented
and brilliant as an actor.

His body was cremated and his ashes scattered in
San Francisco Bay. He will always be remembered
by smiles, laughter and love. 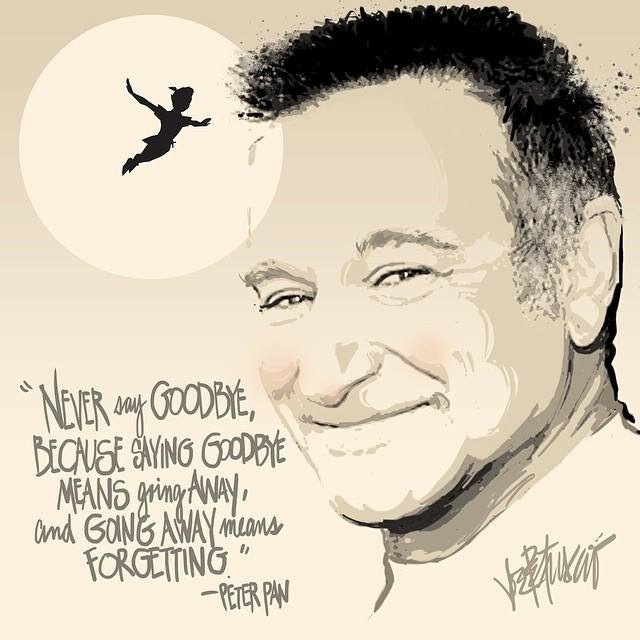